Round 1 at LAKC was intense. There was a large number of racers practicing this weekend ahead of the SKUSA Pro Tour event the following week. It would be an excellent opportunity to see Luca’s performances against very fast drivers.

We drove down on the Friday morning for 2 days of practice for the Sunday race. Luca progressively got faster as #The Mechanic Douglas Creesy worked hard to set up his kart. The team of #Alex Mercado and #Douglas Creesy II were also in attendance, putting in very encouraging performances. Each driver has his own driving style so each kart had to reflect their styles – Douglas Creesy had his work cut out and did an excellent job with set up and driver coaching. The kids responded very well to his coaching insights and recommendations improving all the time.

They worked hard on the track and then back at the pits analyzing the race data downloaded from the on-board Mychron 5 race computers. The data is proving invaluable to objectively analyze what Luca did helping him to correct his mistakes during the next session. The data work translated immediately into faster lap times. Without the benefit of a track to practice on in Las Vegas, seat time is at a premium -Luca is an enthusiastic student when he has the opportunity to drive.

We also had a huge treat with Barney coming down to visit on the Friday practice. Thanks for a great Thai dinner Barnes – we loved seeing you.

Sunday Warm up was our first opportunity to see his lap times against the competition – he was mid pack about 1.2 seconds off the pace. It was what we expected and we were happy as he put in his best times of the weekend.

Luca qualified 13th on the grid with a slower lap time due to traffic – mid pack and problematic for the rolling start of the Heat race. There is often a crash at the first turn in the Junior races.

Heat 1 – Luca got off to a good start, jumping a couple of places into the first turn. All the racers got away cleanly. In a hard fought race, with an excellent defensive line against more experienced drivers, Luca came in a very respectful 9th place.

In the Main race, Luca was taken out at the first turn, hit from behind with several karts involved in the carnage. His wrist suffered a severe whip lash from holding the steering wheel when he was thrown forward. The kart suffered a lot of damage at the front – a bent steering column, a bent frame, a broken wheel hub and 2 bent tie rods. An unfortunate end to the weekend. That’s 2 races in a row that he has not been able to show us what he can do.

With that said, we know that he is about 1 second off the pace which we expected. With additional seat time and hard work he should be able to improve a 1oth of a second on each turn – with 12 turns in a lap, that should put him at the front. His best theoretical times show that he is up with the fastest but he lacks consistency. He now needs to put all the turns together to get there. 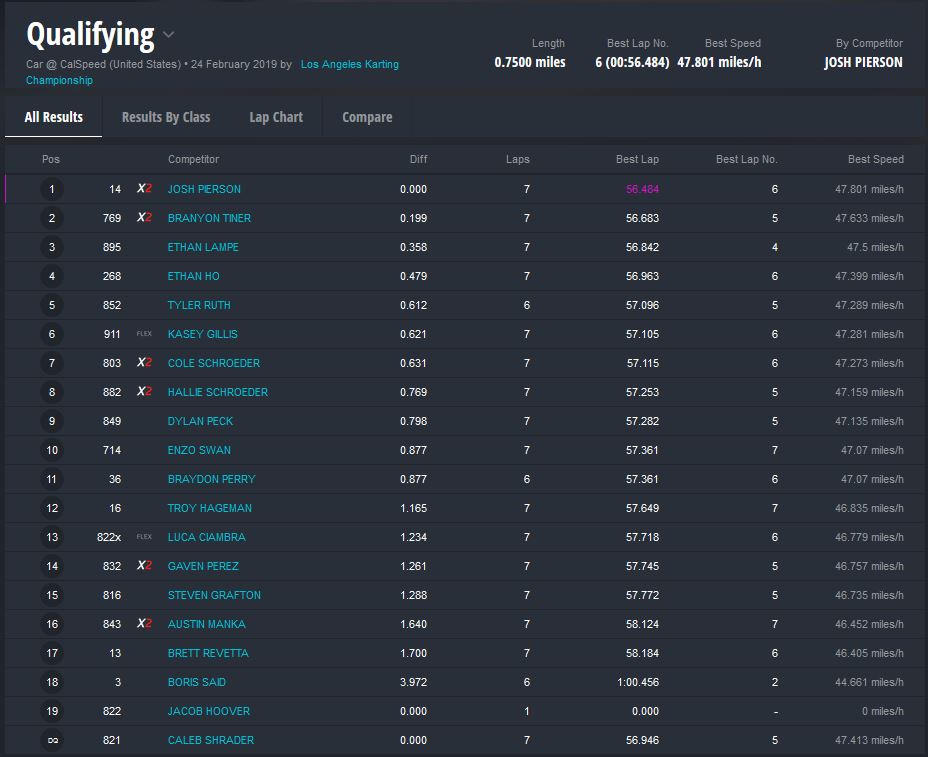 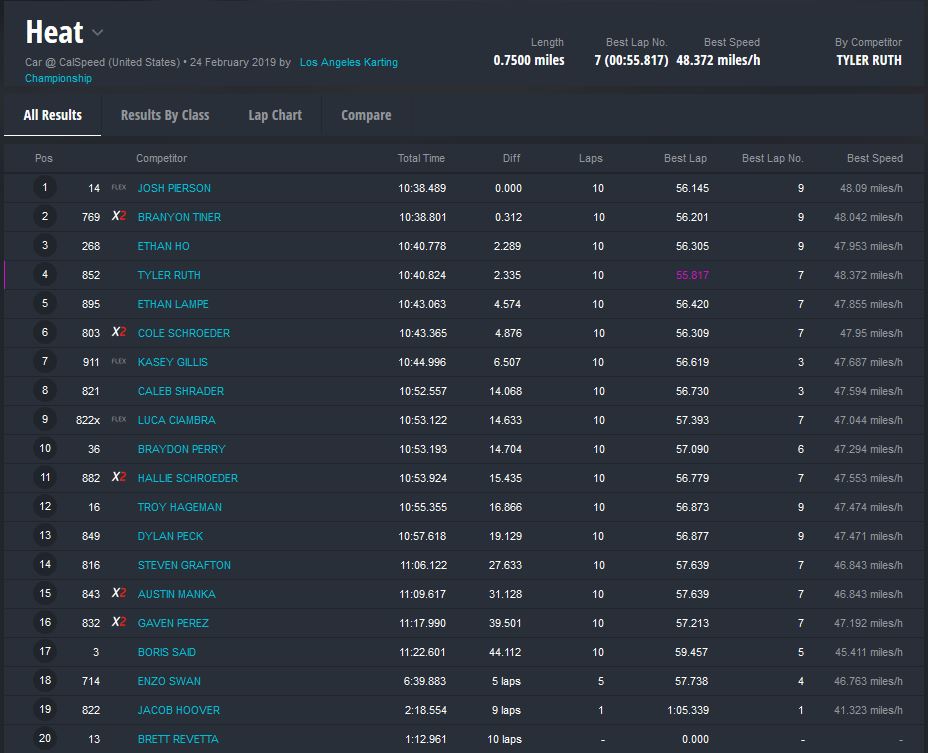 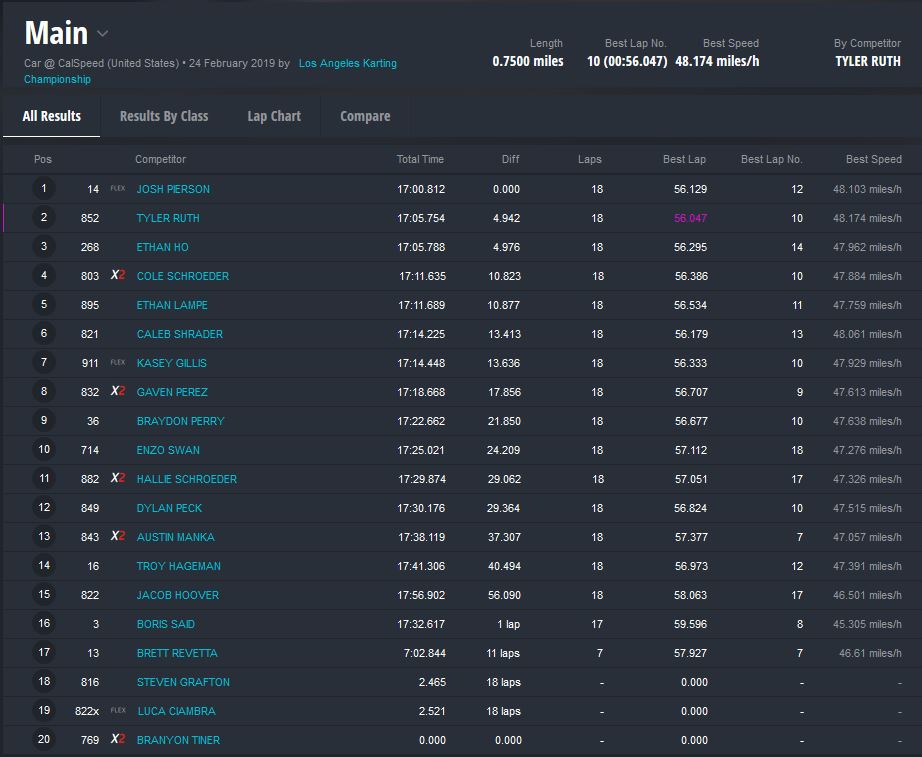