Luca’s first SKUSA Pro Kart Challenge event proved to be very challenging. His weekend was blighted with numerous mechanical failures and incredible bad luck. During Friday practice, he completed only 12 laps out of a possible 50 succumbing to broken chains, a flat tire, a difficult handling kart, brake failures … and all this on a new frame that was not compliant to the set up that he wanted.

His bad luck continued Saturday for Round 2, qualifying at the back after completing only 1 lap, another DNF for the Pre-Final race and finishing 16th/22 in the Final, dealing with a kart that suffered both under-steer on entry and over-steer on exit – it was undrivable to quote him.

Sunday was no different for Round 3. He qualified 19th after completing only 3 laps and another mechanical failure. In the Pre-Final race, he had a tremendous start from the back to 10th place by the end of the first lap. He was finally happy with the kart set up and it was handling well in a very competitive field. However, he did not complete Lap 2. While racing in a very strong position, his chain broke for another DNF!

He and I hit some deep lows at this point and our usual clarity filled with doubt. Bloody hell! This was tough!

Thankfully our team mates rallied around us, keeping us focused as we walked through the Valley of Suck! We continued to work hard, staying positive under very trying conditions, in preparation for the Round 3 Final race. And what a race it turned out to be.

Luca, starting from the back, was in 9th place at the end of lap 2. He was driving very well and Douglas and I just laughed as we watched his performance. Had we finally found the set up he liked for this new frame? Would his luck hold out? He drove very well for a 12th place finish and I was very proud of his performance – all the more when I heard the race commentator over the tanoy announce that Luca Ciambra had made 10 positions with a superb performance. On coming off the track, Luca then said that from Lap 3, he had no brakes!! Respect.

Overall, an incredibly tough weekend – we learned a tremendous amount, under super intense pressure and unforgiving for any errors or lapses in concentration. A very good performance under the circumstances against some of the best young drivers in the US. 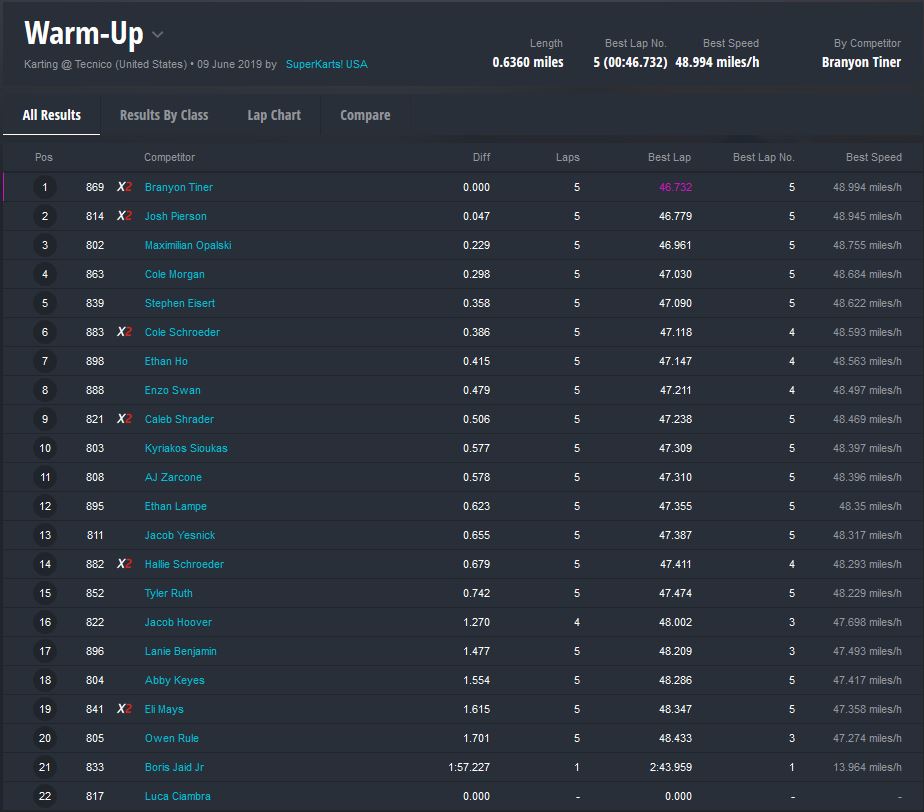 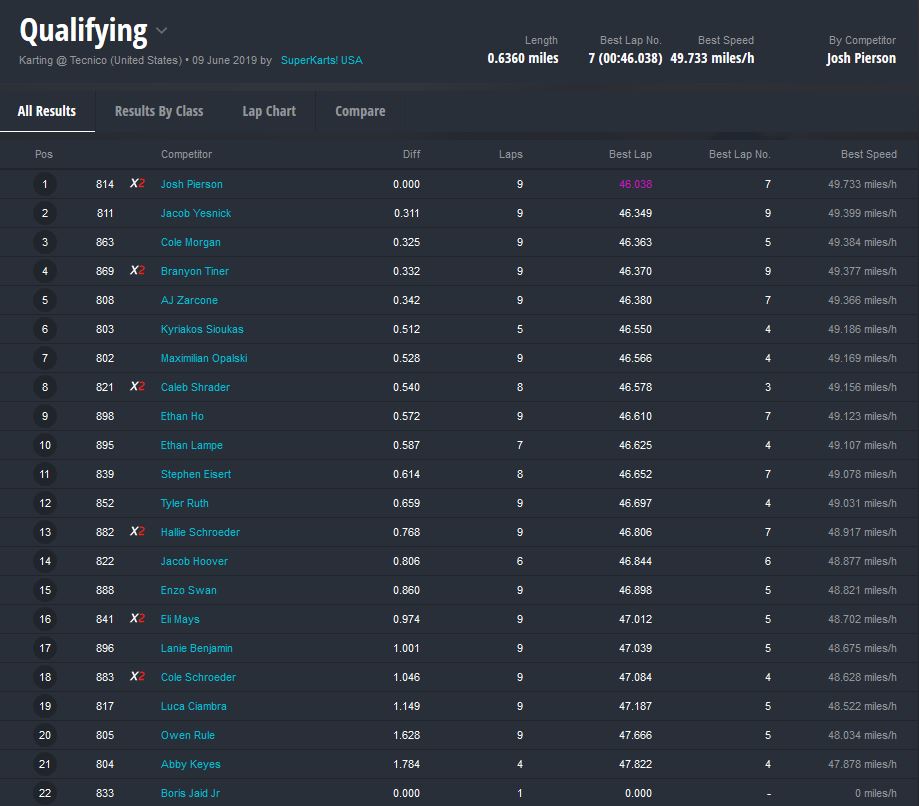 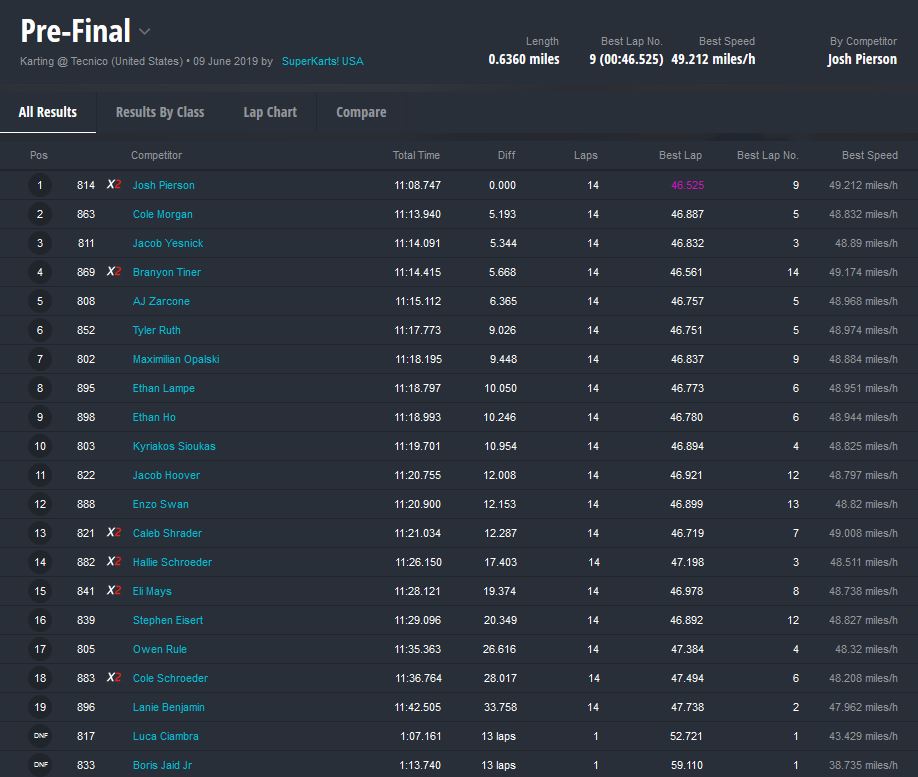 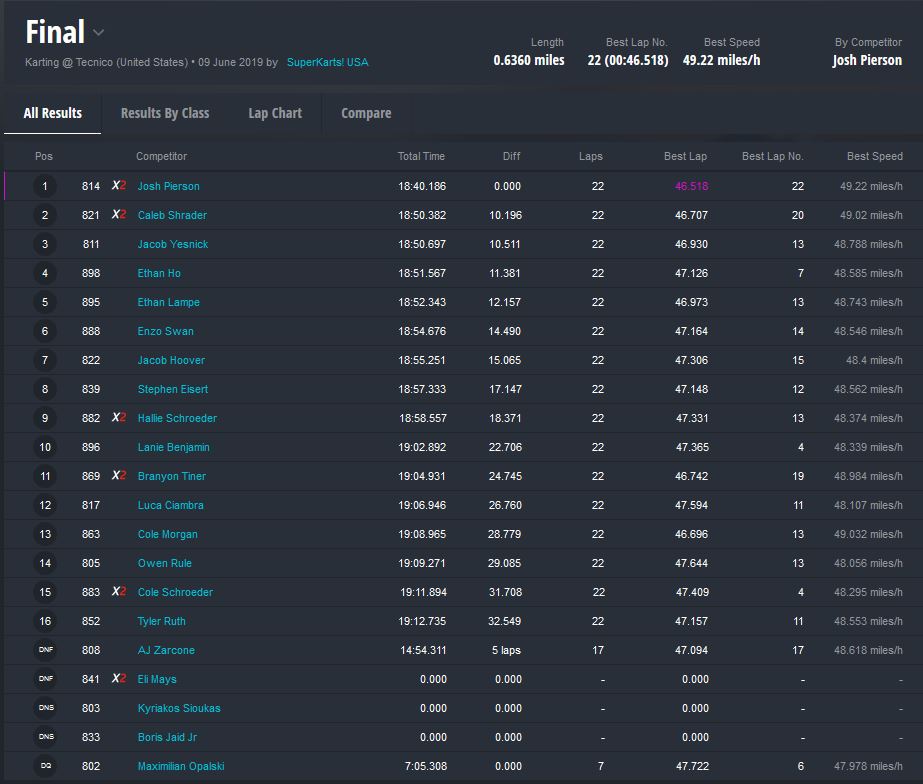 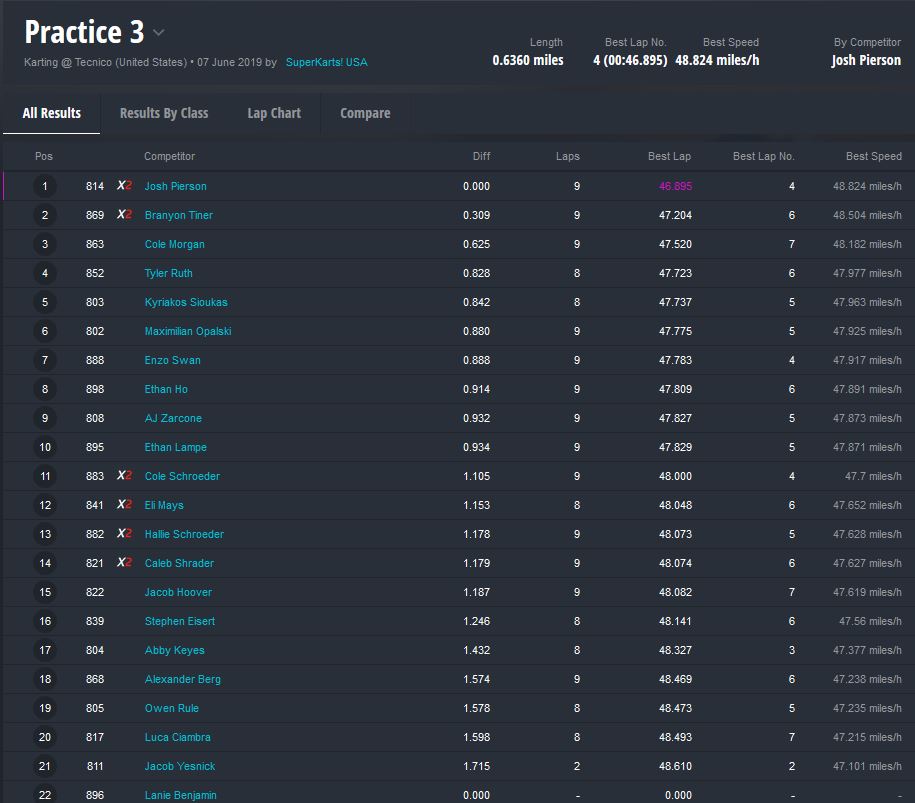 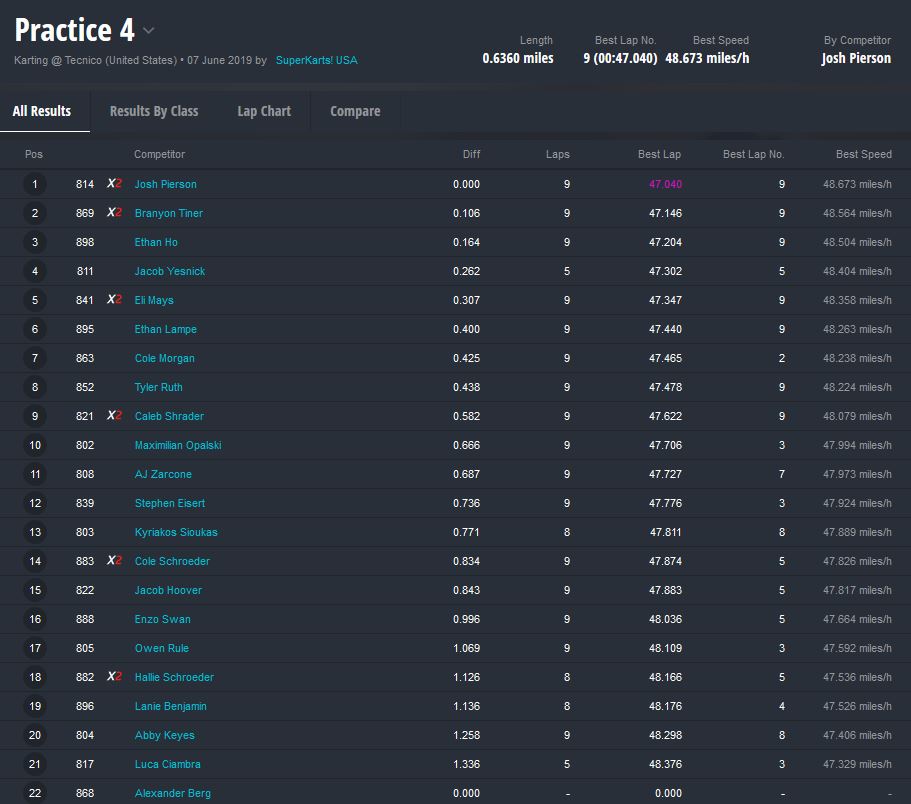 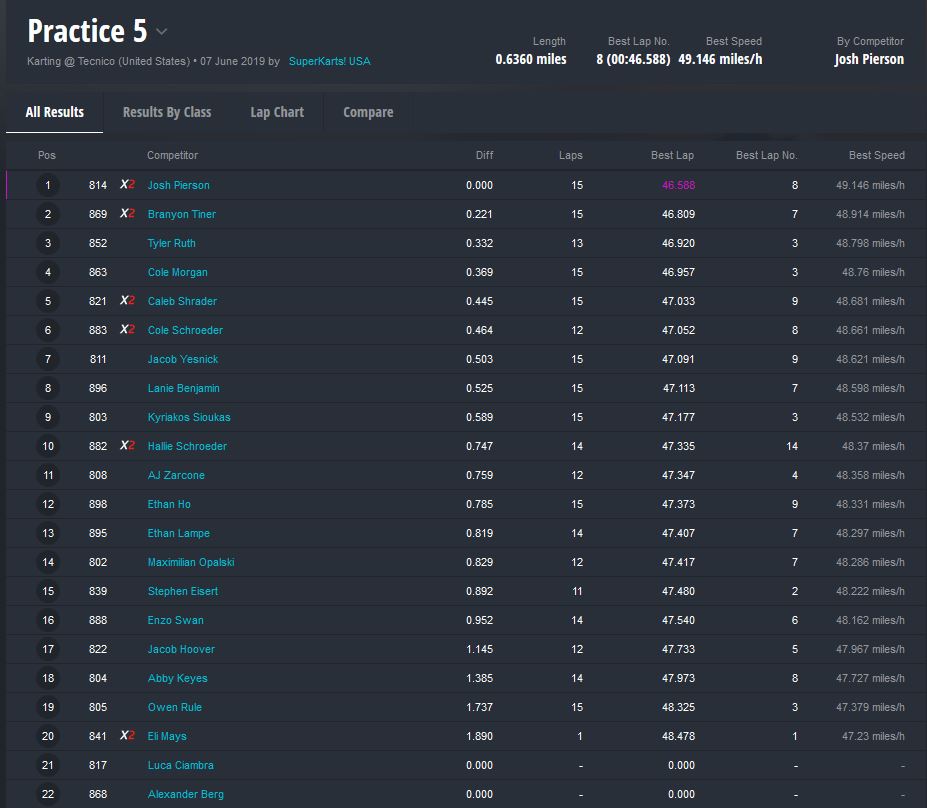 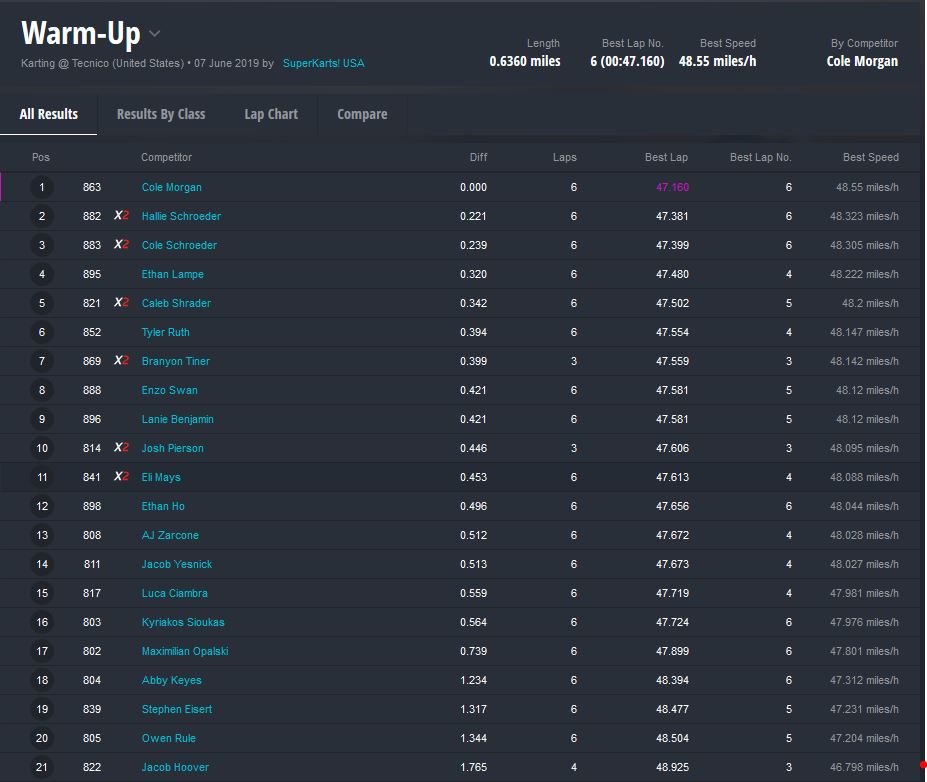 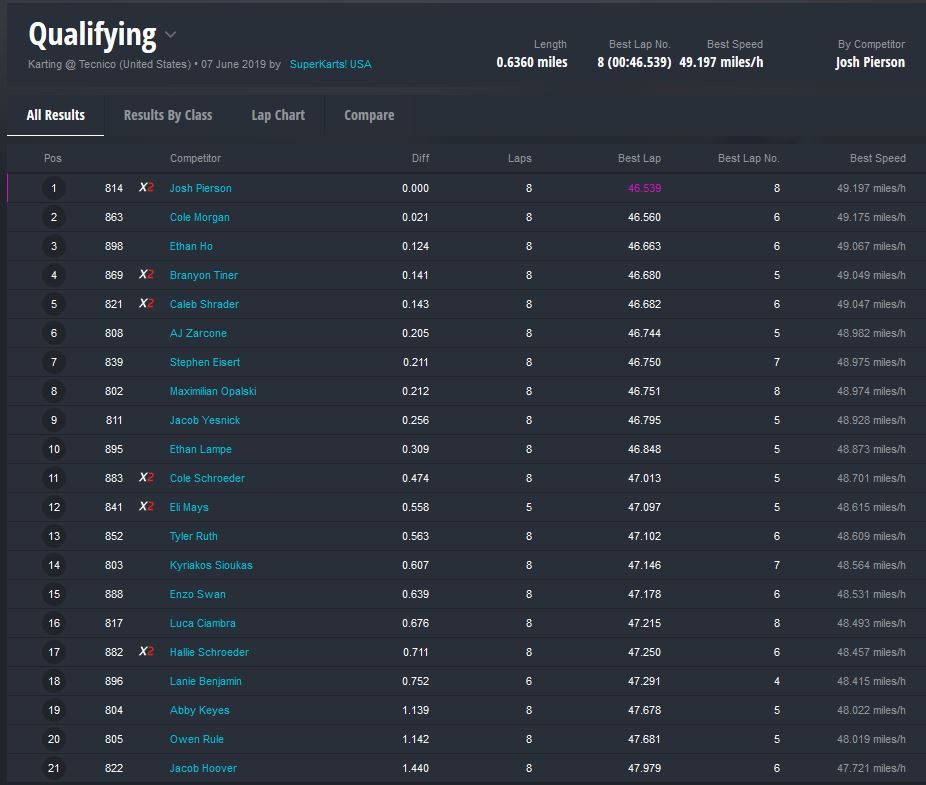 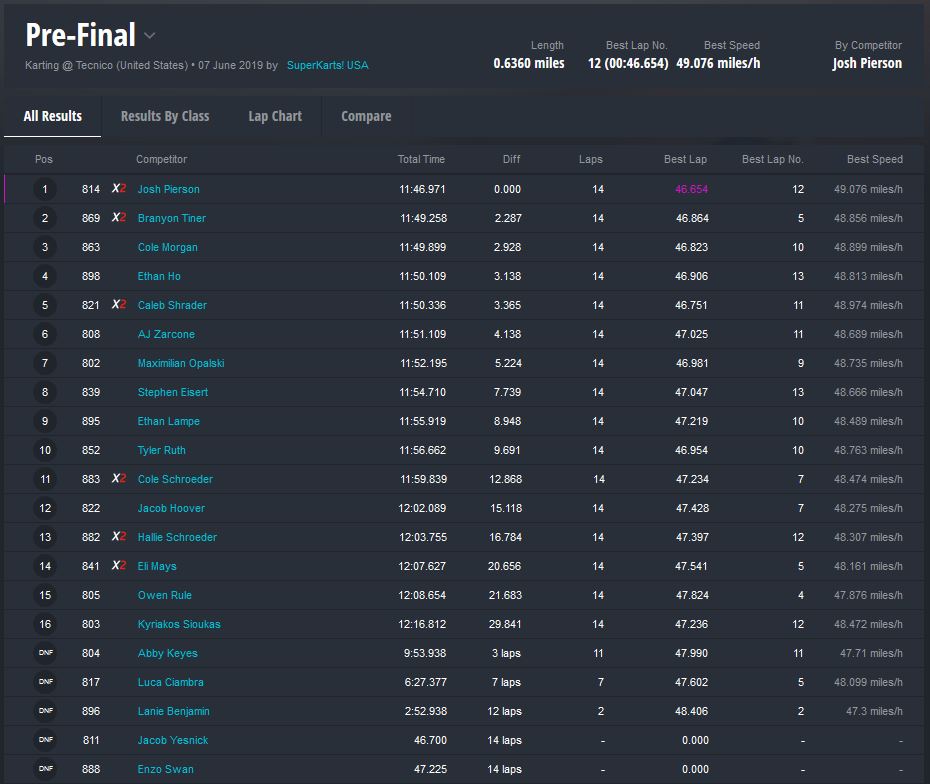 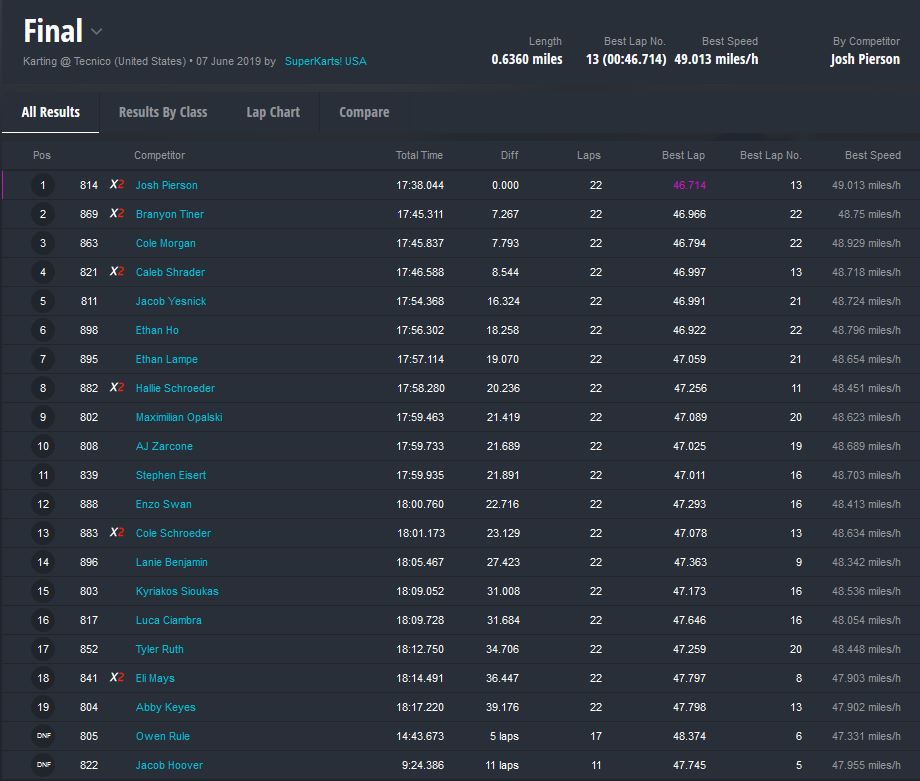