Another challenging race weekend, this time at the Tri-C Round 4 championship. Luca worked hard on Friday practice, putting in a heavy session of laps. The seat time is proving invaluable – if only we had a track in Las Vegas to practice on!

Race day was a different story. An overcast sky, then rapidly changing track conditions as the marine mist dissipated made set up difficult. His brakes began to fail again during warm up and we decided on the harder ceramic replacement pads to help with late braking – the extra edge that he was searching for on track.

Luca only qualified 7th on the grid, 7/10th of a second off the pace. He decided to revert back to the old pads as he needed to practice more with the ceramics and race day was not the day to do it.

In Heat 1, after a bad start lost him 5 places, Luca drove well to finish 5th.

In Heat 2, another bad start and this time a costly error meant that Luca could only manage a 7th place finish.

For the main race, Luca had a good start fighting for 4th place for 6 laps, then chasing like a greyhound after the pack in front of him; all the while defending his position from the pack behind. On turn 10/12 of the last lap, he was dive-bombed for a non-existent gap, spun around and his whole front end taken off.

He managed to limp across the finish line for 5th. He was later awarded a penalty and docked a place for a dangerous re-entry during the race. However, no action was taken against the driver that caused the accident.

Another challenging race weekend for sure, with good learning, much needed seat time and valuable points on the championship table. 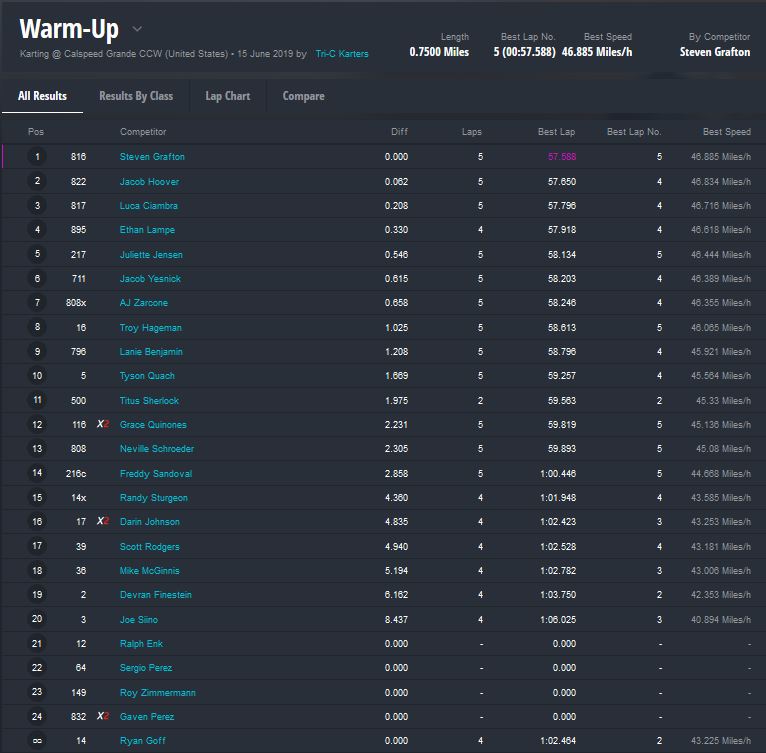 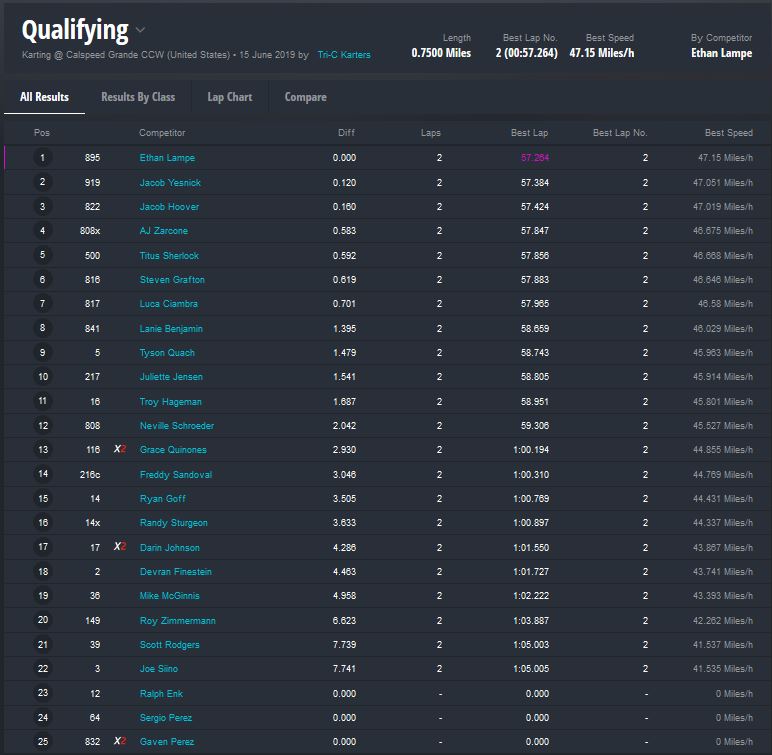 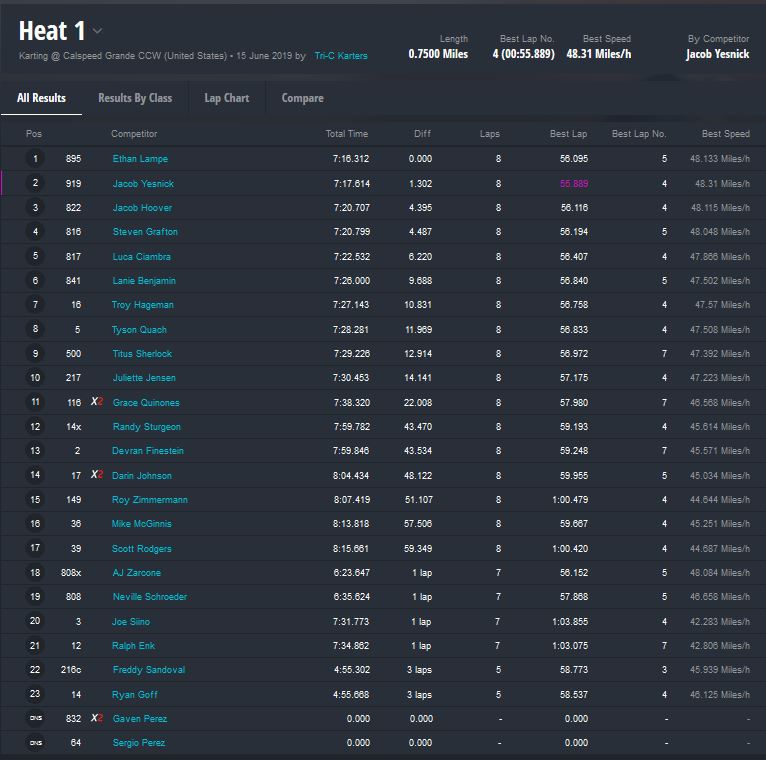 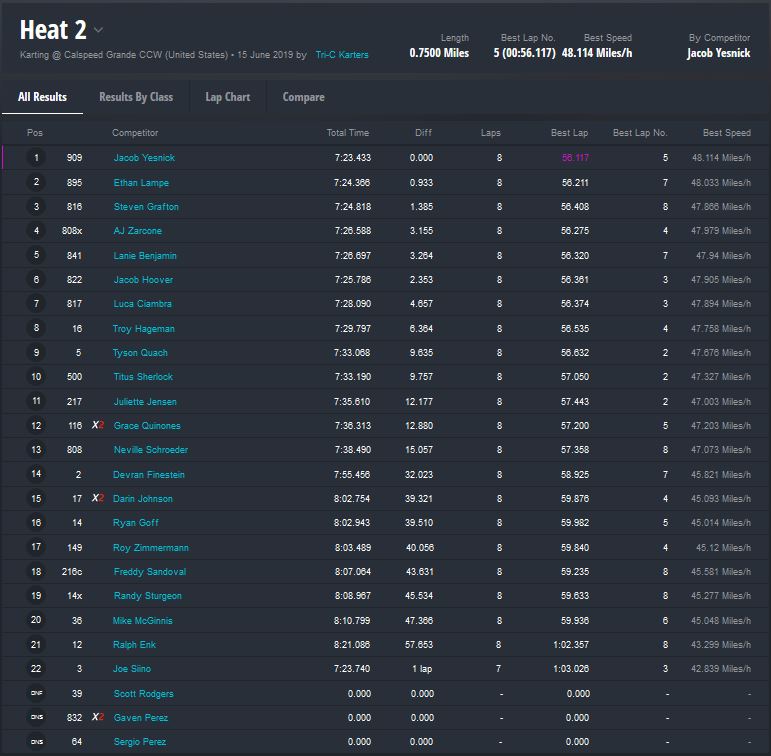 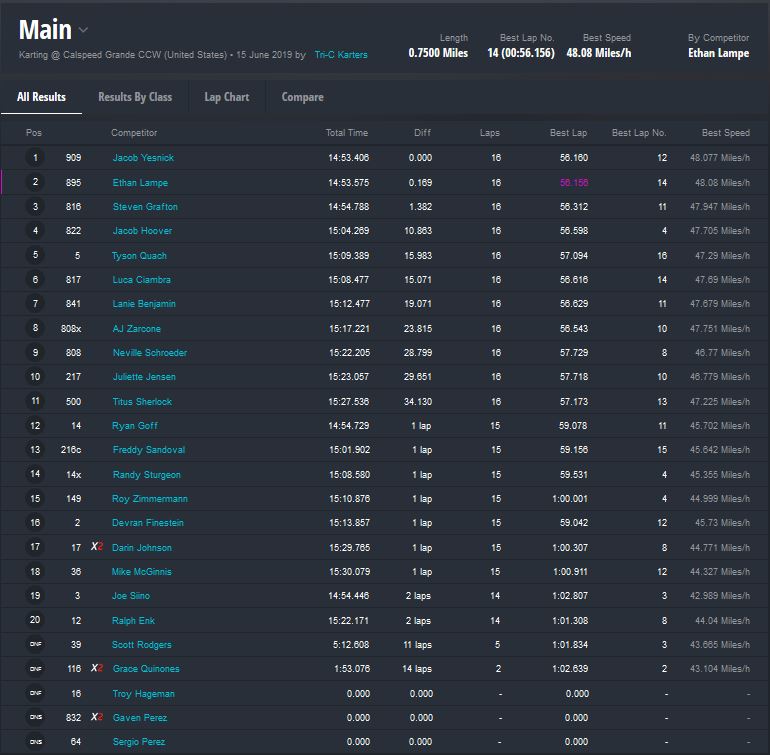