Luca’s first race of the Tri-C Championship season got off to a memorable start with a rare wet weather race. Hold on though … I am getting ahead of myself.

We drove down from Las Vegas to Calspeed, Fontana for the opening of the track on Friday at 9:00am. It was an easy 3 & 1/2 hour drive south on the I-15 without incident and with plenty of pent-up excitement. This weekend was going to be a significant step up from the local championship competition at LVKC. Luca was moving into a more competitive field and even though he had tested extensively during the close season, he had no idea what to expect.

It was, in fact, a beautiful day for testing. The weather was perfect. Luca got down to pounding laps until 5:00pm. He started alone out on track and by the end of the day, he was racing against the senior LO206 class, cutting through them with his superior pace. When the track finally went cold, Luca felt he was ready for Race Day … or so he thought.

The weather forecast told us to expect rain on Saturday and we were not to be disappointed. The conditions on Race Day were atrocious and challenging. The track was very difficult and a wet weather race was a first for Luca. I anticipated that he would be at a slight advantage due to his experience on the concrete track of Las Vegas but that was without considering just how much standing water there was on the track! It was very slippery and the tires never fully came on as it was also cold. Weather wise? It was a horrible day.

And we loved it! This was our first race day down at Calspeed and everything was new. We recognized a couple of faces but most were new too. The noise of revving engines, the distinct smell from their exhausts; racers and pit crew mingling together on the grid prepped for the coming season’s ambitions; all of this flavored with the scent of that excited anticipation of a race not yet run. We were making it up as it was happening. It was really great.

I remember my heart pounding slightly harder than usual when Luca pulled out of the pits that first time for warm up. I had no idea what to expect. I knew he was going to push. I also knew that he was going to take his learning into a whole new level. And what’s more, Luca didn’t have a rain suit so he got very wet and cold too.

When Luca took the start of the Main race, he later told me “I couldn’t see Dad. It felt like F1 … amazing! Scary and amazing at the same time!”

It was fascinating to watch, as the rain fell, Luca tip-toeing around the turns as fast as he dared on that very slippery track. He had to be brave, admitting that a couple of times he thought that he was going to hit the wall. He fought hard for positions, showing his commitment and determination. He also made a number of mistakes, spinning a couple of times – unforgiving in both these elements and in this class.

Overall, he impressed on his first outing and it didn’t go unnoticed. He also saw what his competition looked like in the coming year. He had a lot of fun considering the conditions. It was going to be an interesting, challenging year for sure.

Luca was pumped on that ride back to Las Vegas … well at least until he fell asleep, exhausted. 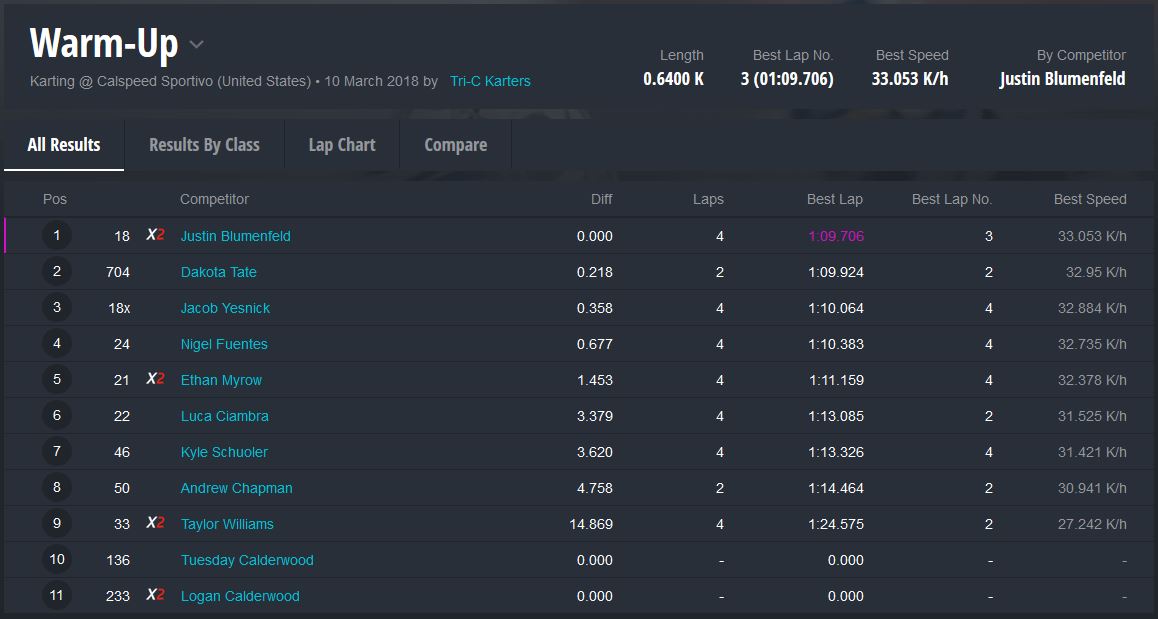 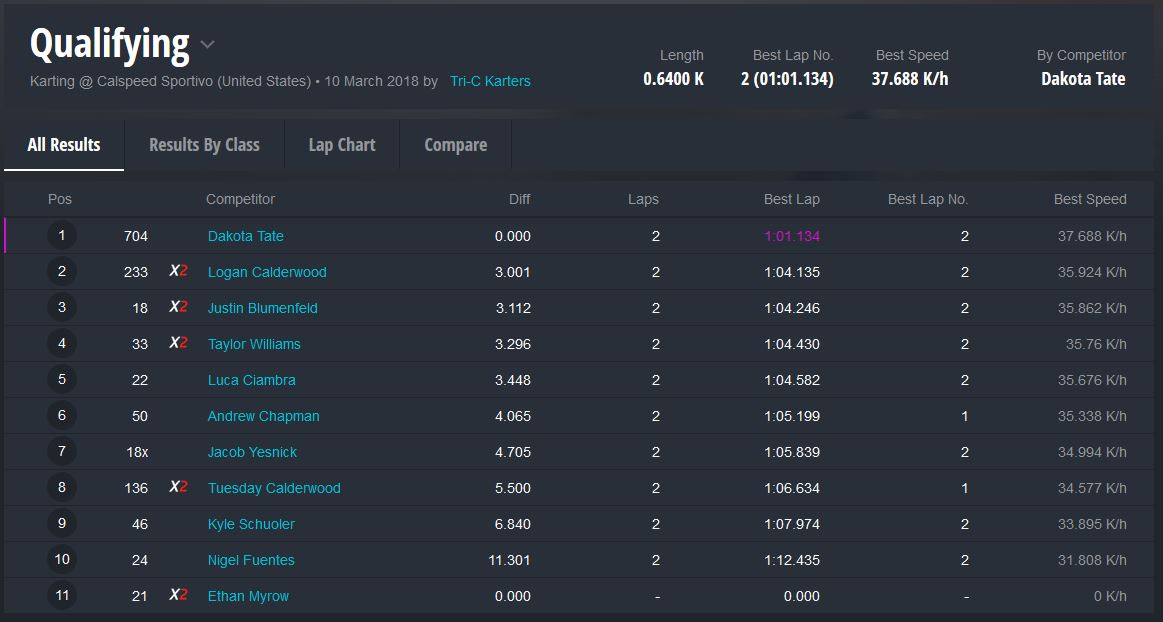 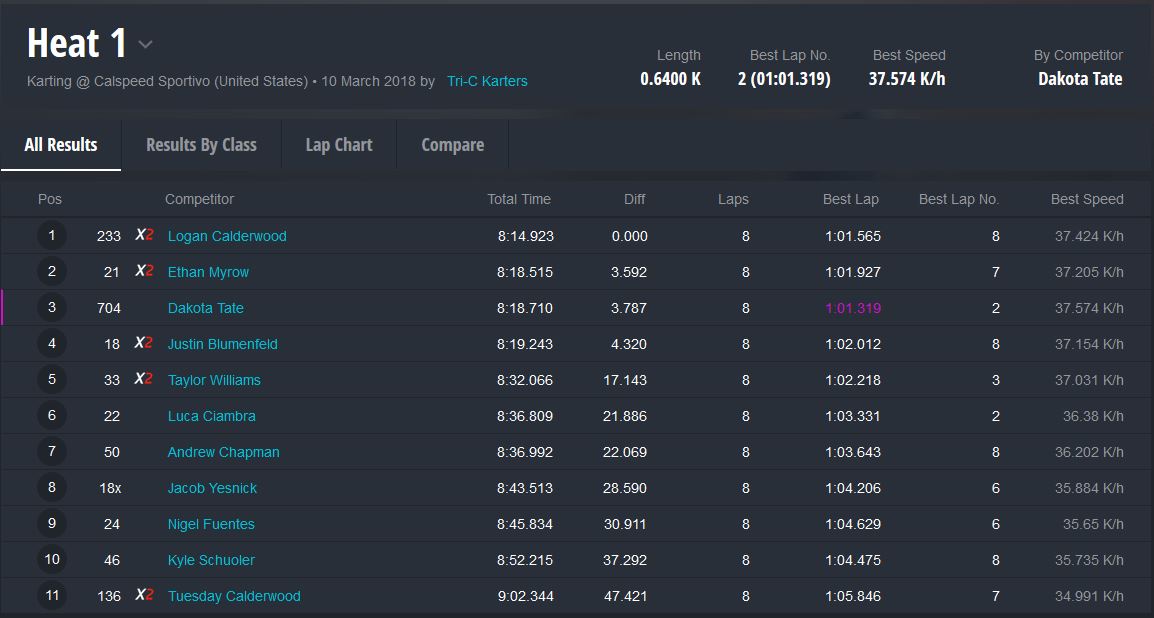 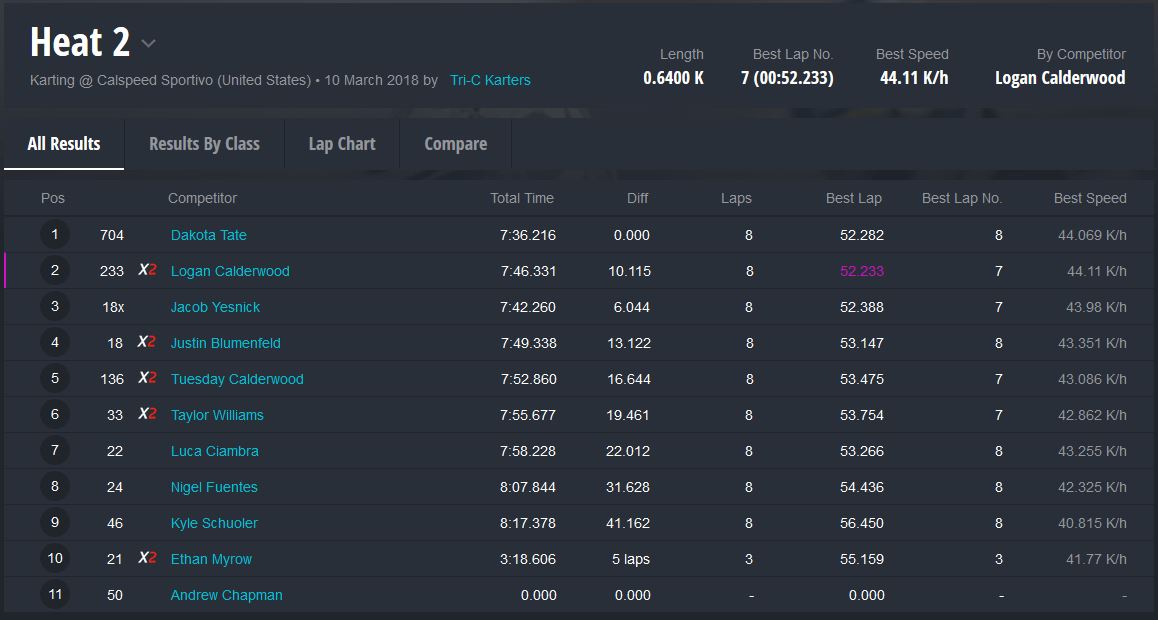 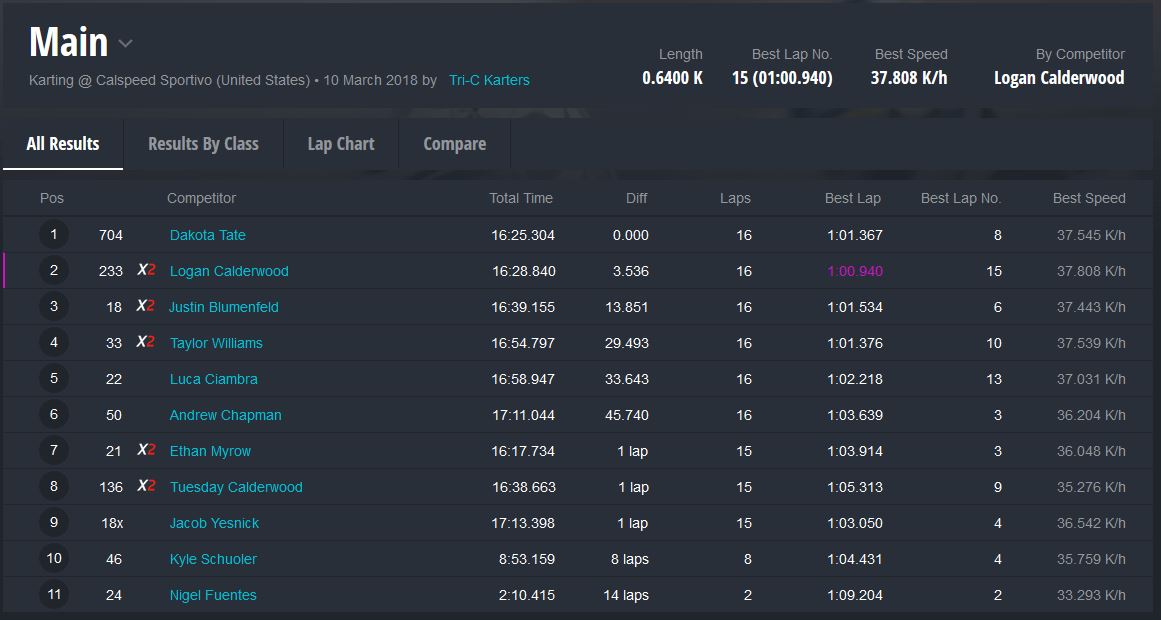